Most people realize that you can't solve a problem if you can't discuss it honestly. And you can't have honest conversations when people don't share relevant knowledge about the topic. Most people are more concerned about confirming their biases than about making informed decisions.

In the Church today, you'll find lots of members who are convinced that M2C and SITH are "true." If you talk with them for just a few minutes, you'll discover they are poorly educated. It's "zeal without knowledge" in the worst sense.

By "poorly educated" I mean they are taught only selected facts, mingled with the theories of the M2C and SITH intellectuals. They are never taught all the relevant facts of Church history, let alone the relevant extrinsic evidence, but they think they are educated.

I know this personally because for decades, I relied on what the "experts" in CES and BYU had taught me. I had to educate myself because the M2C citation cartel is impervious to alternative interpretations and perspectives.

The worst of the lot, Book of Mormon Central, continues to censor anything that contradicts or even challenges M2C and SITH.

Often, the more ignorant they are, the more strongly they are convinced they are right.
_____

If you're among the many Latter-day Saints who

- have never heard of Letter VII,
- don't realize the Gospel Topics Essays don't even quote what Joseph and Oliver taught, and
- think that Saints is accurate and complete history,

you ought to educate yourself so you can make informed decisions.
_____

Today, much of this conversation takes place online, and the conversations are dominated by the most ignorant people in society, which are young people. That's not an insult; it's just a fact. All adults have been 20-something. By the time we're 40, we realize how ignorant we were when we were 20. As we age, we gain experience and knowledge.

College kids typically think they know a lot, but all they know is what their professors have told them and what they've read (which was written by someone else). Most of them stick with whatever they've been taught because they trust and admire their professors.  This seems to be especially true among LDS, whose teachers in CES and BYU have a special fiduciary responsibility that, in many cases, they breach by poorly educating their students.

I've discussed these issues with many Church members, all around the world. Most readers here have seen examples on online in social media, publications such as Meridian Magazine, etc. Let's look at some specific examples.
_____

Many members are learning Church history from the Saints books. These books, particularly volume 1, were written to accommodate both M2C and SITH. The authors created fake history to achieve their objectives. Not only did they censor Cumorah, but they replaced the original language in source documents with new terms that reflect their revisionist history.

Here's one of many examples:
http://saintsreview.blogspot.com/2020/07/saints-teaches-seer-stones-instead-of.html

Consequently, current and future generations of members of the Church are indoctrinated into this revisionist history instead of learning the actual history.

The tragedy: Church historians are fully aware of these problems yet refuse to correct at least the digital versions of these books.
_____

M2C believers are likewise poorly educated. Apart from the handful of M2C scholars (and their employees) who have been promoting M2C and know better, their followers simply do not know the facts of Church history and relevant sciences.

The basic premise of M2C is that Joseph Smith was an ignorant speculator who misled the Church about the New York Cumorah until he read the Stephens and Catherwood travel books about Central America in 1841 and then wrote about them in anonymous editorials in the 1842 Times and Seasons.

These editorials led certain scholars to develop interpretations of the text that "fit" Mesoamerica. Then they scoured Mayan culture to find "correspondences" that "fit" the Book of Mormon text, but they usually make them fit only by changing the definition of Book of Mormon terms (e.g., a "horse" means a "tapir," a "tower" means a "massive stone pyramid," "north means "west," etc.).

Ironically, the editorials say nothing about Cumorah. Letter VII was published by Joseph's brothers before and after these editorials were published. Numerous prophets and apostles have reaffirmed Letter VII's teaching of the New York Cumorah.

[If any readers here are ignorant of this, here's a summary:
http://www.lettervii.com/p/byu-packet-on-cumorah.html]

The only conflict between the anonymous editorials and the New York Cumorah is in the minds of the M2C scholars and their followers.

Consequently, M2C scholars have successfully kept their followers ignorant of Letter VII. They have employed the Academic Cycle and managed to de-correlate the New York Cumorah from recent Church publications, manuals, videos, etc.

The most fun example is the blatant revisionist history in Saints. The most colorful example is the fantasy map BYU uses to teach students that the Book of Mormon took place in a fictional setting, based on the M2C interpretation. There are plenty of examples to go around.

Historians disagree about the extent to which Joseph participated in the Times and Seasons during 1842, and that's fine. Some of us think he was the nominal editor based on content and other evidence. Others think he was the active editor, based on the boilerplate at the end of each issue that said the paper was Edited, Printed and Published by Joseph Smith, Jr. 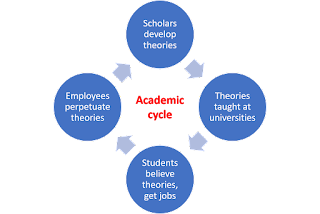 Everyone agrees that Joseph was merely the nominal printer, meaning he did not operate the printing press. Everyone agrees that throughout his life, Joseph wrote very little himself; even the "History of Joseph Smith" was written by his scribes, as was most of his own journal.

Nevertheless, the M2C intellectuals insist Joseph was the active editor of the Times and Seasons, personally writing the anonymous editorials and personally approving of everything published in the paper. Their followers accept this, having no idea about the facts the contradict this theory.

An awesome aspect of all of this is that even the M2C intellectuals disagree with some of the major points of these editorials.

Here's a passage from one of the anonymous editorials that no M2C intellectuals accept. If Lehi actually landed south of Panama, then M2C doesn't work.

When we read in the Book of Mormon that Jared and his brother came on to this continent from the confusion and scattering at the Tower, and lived here more than a thousand years, and covered the whole continent from sea to sea, with towns and cities; and that Lehi went down by the Red Sea to the great Southern Ocean, and crossed over to this land and landed a little south of the Isthmus of Darien, and improved the country according to the word of the Lord, as a branch of the house of Israel, and then read such a goodly traditionary account, as the one below, we can not but think the Lord has a hand in bringing to pass his strange act, and proving the Book of Mormon true in the eyes of all the people.
(Times and Seasons III.22:922 ¶2)