The Liahona and crossing the Pacific?

In 1917, L.E. Hills, an RLDS researcher, offered his opinion on how the Liahona directed Lehi to the Promised Land.

He published a map that our current M2C friends have largely adopted. 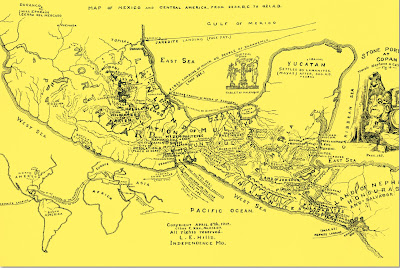 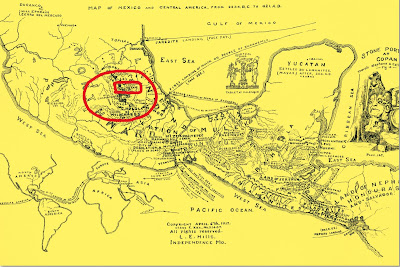 Hills decided the LDS prophets were wrong about the New York Cumorah, so he put Cumorah in southern Mexico.

That's where our current LDS M2C scholars put it also.

As do our BYU/CES fantasy maps. 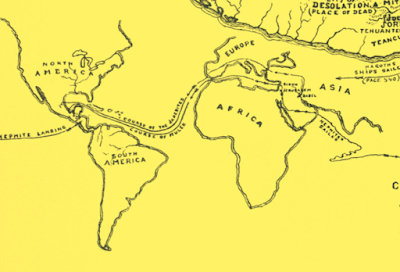 They expect us to believe that the Liahona directed Lehi and Nephi to sail east from the Arabian Peninsula to cross the vast Pacific Ocean to reach Central America.

Others say Lehi sailed around Africa but then also had to cross the south Atlantic and sail around South America to reach the west coast of Central America (or Chile, as others say).

Both alternatives are fine, if that's what you want to believe.

What more and more LDS are coming to realize, though, is there is another alternative. 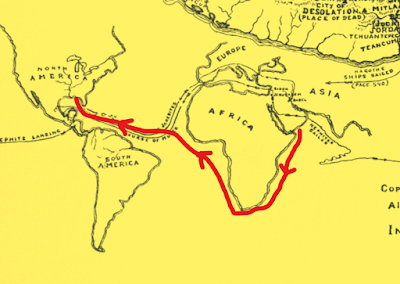 The Liahona could have directed Lehi to take the safest, most logical route to the New World, the one also used by Mulek and the European explorers. They used this route because wind and ocean currents made it practical and relatively safe.

This means Lehi navigated around Africa, crossed the Atlantic, and landed in the southeastern U.S.

In recent years, this route has been replicated by the Phoenicia ship.

Here's a post I made in 2017 on the 100th anniversary of Hills' map that explains another reason why this route makes sense. 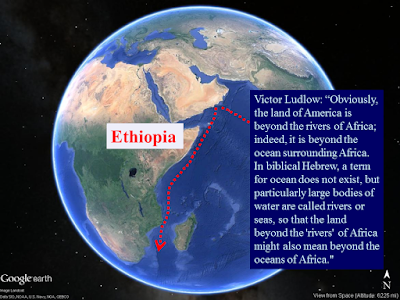 Our LDS scholars and educators who promote the Mesoamerican/two-Cumorahs theory will never accept the idea of Lehi crossing the mid-Atlantic because it doesn't fit M2C, but the rest of us should.
Posted by jonathan3d at 1:37 PM