How to get along better

I often point out that the M2C citation cartel refuses to compare M2C with the beliefs of those who still accept the New York Cumorah. I do so because their ongoing censorship is a missed opportunity for greater understanding and unity among members of the Church.

Faithful believers in the divine authenticity of the Book of Mormon are happy to share their beliefs, compare them with alternatives in the pursuit of truth, and work together in harmony to build Zion regardless of any differences that linger.
_____

Apparently M2C believers continue to read this blog. That's fine, but from time to time I hear from M2C supporters who are upset. They tell me I'm calling them stupid or foolish, but I haven't done so  because I don't think that. They are apparently getting their information from Dan "the Interpreter" or his alter ego, the anonymous troll who resorts to ad hominem and other logical fallacies on his blog.

I've always said that I respect and personally like (and often rely upon the work of) the LDS historians and M2C scholars. Most of what they've done is excellent research and explanation. Having believed M2C for decades, I could state their positions clearly and even convincingly--so long as the audience is as uninformed as most M2C believers are.

This issue has nothing to do with intelligence, faithfulness, diligence, etc. When I believed M2C, I was operating in a bubble. An information silo. Because I trusted these M2C scholars, their employees and followers, I was kept uninformed of all the relevant facts. The M2C citation cartel has tight control on the LDS educational and publication world. That's how they have manged to successfully censor alternative faithful ideas.

As you encounter M2C believers, you will find they are usually defensive, antagonistic, and quick to anger. Case in point: Dan "the Interpreter" and his alter ego.

By contrast, those who accept the New York Cumorah are happy to discuss their reasoning and are confident, not defensive. We're fine with people believing whatever they want to believe, but we're concerned when faithful members of the Church are left ignorant of faith-affirming elements that corroborate the divine authenticity of the Book of Mormon. We think "M2C or bust" is a counter-productive approach, just as we think the BYU fantasy map is a slow-moving disaster for the future.
_____

As wonderful and nice and faithful as M2C believers are, we all know from personal experience that they share one of three characteristics. They are

Let me repeat, that's all fine with me. People can believe whatever they want, for whatever reasons they choose. But those who accept the NY Cumorah have a simpler profile.

(i) informed about and accept the teachings of the prophets about the New York Cumorah, the interpretations of the text of the Book of Mormon that support those teachings, and the relevant extrinsic evidence that corroborates those teachings.

In deciding where we want to be, it is helpful for us all to understand how confirmation bias works in this arena.
_____

Everyone resorts to bias confirmation in many aspects of their lives. M2C is just one example. And it's not a problem, really; people can be faithful believers in the Book of Mormon when they believe M2C, the BYU fantasy map, Peru, Baja, or whatever.

The problem arises when the M2C bubble bursts, but people have been conditioned by the M2C citation cartel to believe M2C is the only viable explanation for the Book of Mormon.
_____

Let's look at a graphical representation of confirmation bias.

What you don't want is a situation in which your biases have no connection with relevant facts. 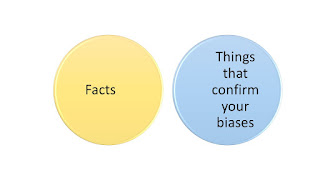 Generally, the more your biases overlap with facts, the more confident you are. 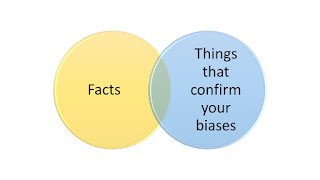 People often adjust their biases to fit the facts. 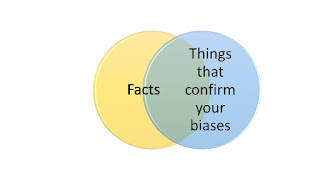 In some areas, our biases make a nice fit with the facts. 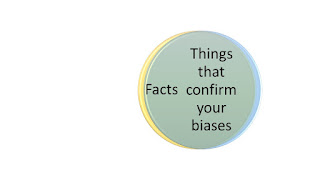 Regarding the text of the Book of Mormon, believers have found interpretations of the text that support their biases, whether they believe in M2C or the NY Cumorah. 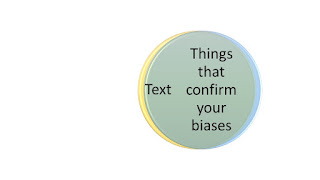 Believers in both M2C and the NY Cumorah can find support in the general teachings of the prophets regarding geography, the identify of the Lamanites, the promised land, etc. But there are also teachings that arguably contradict one side or the other. 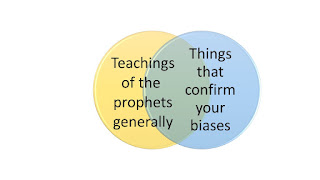 Believers in both M2C and the NY Cumorah can find support in relevant sciences, as well. These "correspondences" are largely related to the respective interpretations of the text, and they are not universally accepted, which is why most people who don't accept the Book of Mormon don't see the extrinsic evidence the same way. IOW, there is no extrinsic, objective "proof" of the Book of Mormon, but there is plenty of evidence to support one's biases or beliefs. 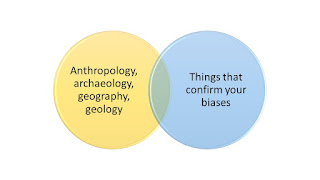 The one area of stark difference involves the teachings of the prophets about the NY Cumorah. This is where a decision is required. The teachings exist. They are recorded, documented, and were once well known throughout the Church. No one is required to accept these teachings, of course. Everyone is free to reject or accept them. We can reject them explicitly, or we can reject them more subtly by framing them as incorrect personal opinions of the past. 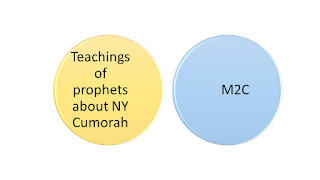 Whatever your biases, you will find a way to confirm them.

There is no reason to be angry or antagonistic towards those who are confirming different biases.

As we saw at the beginning of this post, faithful believers in the divine authenticity of the Book of Mormon are happy to share their beliefs, compare them in the pursuit of truth, and work together to build Zion regardless of any differences that linger.