Why does BMC censor the North American setting?

People wonder why Book of Mormon Central (BMC) continues to censor information about the North American setting, with the Hill Cumorah of Mormon 6:6 in New York.

Let me be clear, again: I strongly support 80-85% of what BMC does. I personally like and respect everyone involved with BMC. I don't think differences of opinion have anything to do with intelligence, faithfulness, niceness, etc. Furthermore, I use their resources all the time and I often refer others there, link to their site, etc.

BMC has the potential to be a legitimate resource for everyone in the world. But I also think it is an inexcusable tragedy that they continue to mislead people by pushing "M2C or bust" when it comes to the Book of Mormon.
_____

It has been suggested that "censorship" can only come from a governmental body (an official action), but that's a narrow definition. Any organization can censor ideas it disagrees with. 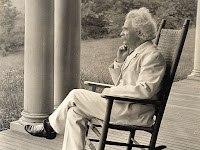 In his typically colorful way, Mark Twain explained censorship: “Censorship is telling a man he can't have a steak just because a baby can't chew it.”

It's very simple: BMC resorts to censorship because its leadership doesn't trust their readers to make informed decisions that agree with what BMC teaches.

BMC knows that if it allowed content on their page that supports (instead of repudiates) the teachings of the prophets about the New York Cumorah, many of its readers, followers, and donors would object because they have been indoctrinated into believing M2C or bust.

On an emotional level, BMC leadership has invested time, money, careers and reputations into promoting M2C. They have developed the BYU fantasy map and persuaded CES to teach a version of it to Latter-day Saint youth throughout the Church. They cannot tolerate the possibility that M2C could be false; in fact, they prefer M2C over the teachings of the prophets.

All of this and more explains the ongoing censorship. But does it justify that censorship?
_____

BMC leadership could resolve the ongoing "Book of Mormon wars" in a nanosecond, simply by living up to its own professed objectives. BMC holds itself out as "a comprehensive digital repository of textual, visual, and audio resources relevant to the Book of Mormon."  BMC raises millions of dollars from faithful Latter-day Saints based on this representation.

But we all know BMC is anything but "comprehensive" because it censors the ideas and beliefs of a growing number of faithful Latter-day Saints who still believe the teachings of the prophets about the New York Cumorah, about Joseph translating the plates with the Urim and Thummim, and more.

The way to resolve the "Book of Mormon wars" is to make all the information available and let people make their own informed decisions. But BMC leadership refuses to do that.
_____

Most readers here know that I lived in China last year. Decades earlier I visited China often on business. I love the Chinese people and I'm very impressed with how their society functions, given the constraints the people live under. But I'm also pretty familiar with how censorship works there. I read ChinaDaily most days. You can read it here and see for yourself: http://global.chinadaily.com.cn/

It's full of news. It is a "comprehensive digital repository," just like BMC. Because of all the content, my students and business associates actually believed they were getting real news and the full story on the events of the day because it looked to them like they were. They thought their opinions were based on facts and informed decisions.

But those who used vpns to access the outside world discovered that the "news" they were getting was heavily censored and tailored to lead readers to a pre-determined outcome. The opinions of the Chinese people are assigned to them by their leaders, and the people don't even realize it.

BMC is the LDS version of ChinaDaily, and for the same reasons. BMC leadership doesn't trust its readers to make informed decisions.
_____

Here's an example. Years ago I gave BMC the rights to put the first edition of my book Letter VII on their web page. Anyone who wanted to could read it for free.

(The current edition is on Kindle unlimited, so it's still free to subscribers.)
https://www.amazon.com/Letter-VII-Cowdery-explain-Cumorah-ebook/dp/B0785FTSHS/ref=tmm_kin_swatch_0?_encoding=UTF8&qid=1597420983&sr=8-3

BMC used to rank their materials by popularity. The Letter VII book was often ranked highly on this list. BMC removed it so people could not access it any longer. They told me they removed it because a few people were accessing it frequently, which caused the rankings to stay high. That was a bogus excuse, of course; they discontinued the ranking system anyway.

You can go to the BMC Archive and read all kinds of articles attacking the "Heartland" ideas, but zero defending or even explaining them. The Kno-Whys uniformly support M2C and attack alternatives to or critiques of M2C.
_____

I've shown plenty of examples of this over the years on this blog.

Below is a link to a comparison chart. It accurately represents both sides' positions on the New York Cumorah; at least, no one has told me otherwise, and I've used sources from both sides.

Take a look and see what you think.