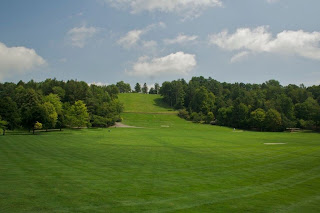 This latest gem was recently brought to my attention.

Our historians are at it again, changing Church history to accommodate M2C.

In the 1820s, the hill did not have a name. It later became known as the Hill Cumorah because Moroni, the Book of Mormon’s final author and the angel who met with Joseph Smith, wrote that he had hidden the golden plates in a hill called Cumorah (see Mormon 6:6).

To make the declarative statement that "the hill did not have a name," the historians have to ignore the accounts we have, or assume they are false and thus unworthy of consideration. They also have to assume that the absence of contemporaneous records from the 1820s means that anything we don't have a contemporaneous record of didn't happen.

By this logic, the First Vision didn't happen, because that was also not reported until after the 1820s.

Notice that the historians don't bother to state their assumptions. They certainly don't link to the actual historical accounts.

Because the Saints books have created a false historical narrative by censoring Cumorah from the record to accommodate M2C, most Church members will never know the actual Church history.

This latest website compounds that error by inventing a fake explanation for the name Cumorah. The historians claim the hill was later named Cumorah because of Mormon 6:6, which is a flat contradiction to the historical record. But because this is what our M2C scholars want people to believe, their peers in the Church History Department have accommodated them.

Regarding Cumorah, we have Lucy Mack Smith reporting two specific, distinct references to Cumorah from the 1820s. Anyone who has read the Saints book, volume 1, knows that the historians relied primarily on Lucy's account for much of the early history. Yet when it comes to Cumorah, they've concluded that her memory was wrong so they changed Church history, not for any rationale based on actual history, but instead purely to accommodate the modern opinions of the M2C scholars.

This revisionist history is literally unbelievable. It's yet another step toward fictionalizing the Book of Mormon.

According to Lucy, when Moroni first appeared to Joseph Smith in 1823, he identified the hill as Cumorah:

the record is on a side hill on the Hill of Cumorah 3 miles from this place remove the Grass and moss and you will find a large flat stone pry that up and you will find the record under it laying on 4 pillars of cement— then the angel left him
https://www.josephsmithpapers.org/paper-summary/lucy-mack-smith-history-1844-1845/41
Lucy also remembered Joseph referring to the hill as Cumorah in 1827 when he came home late from a trip to Manchester.
Presently he smiled, and said in a very calm tone, “I have taken the severest chastisement, that I have ever had in my life”. My husband, supposing it was from some of the neighbors, was quite angry; and observed, “I would would like to know what business any body has to find fault with you.”
“Stop, father, Stop.” said Joseph, “it was the angel of the Lord— as I passed by the hill of Cumorah, where the plates are, the angel of the Lord met me and said, that I had not been engaged enough in the work of the Lord; that the time had come for the record to <​be​> brought forth; and, that I must be up and doing, and set myself about the things which God had commanded me to do: but, Father,’ continued he, ‘give yourself no uneasiness concerning the reprimand that I have received; for I now know the course that I am to pursue; so all will be well.”
It was also made known to him at this interview, that he should make another effort to obtain the plates on the 22d. of the following September; But this he did not mention to us at that time.
https://www.josephsmithpapers.org/paper-summary/lucy-mack-smith-history-1845/111
David Whitmer remembered the first time he heard about Cumorah, which was in early June 1829 when he picked up Joseph and Oliver from Harmony. Before leaving Harmony, Joseph had given the plates to a divine messenger. On the way back to Fayette, they encountered the messenger along the road.
"When I was returning to Fayette with Joseph and Oliver all of us riding in the wagon, Oliver and I on an old fashioned wooden spring seat and Joseph behind us, while traveling along in a clear open place, a very pleasant, nice-looking old man suddenly appeared by the side of our wagon who saluted us with, “good morning, it is very warm,” at the same time wiping his face or forehead with his hand. We returned the salutation, and by a sign from Joseph I invited him to ride if he was going our way. But he said very pleasantly, “No, I am going to Cumorah.’ This name was something new to me, I did not know what Cumorah meant. We all gazed at him and at each other, and as I looked round enquiringly of Joseph the old man instantly disappeared, so that I did not see him again."
REPORT OF ELDERS ORSON PRATT AND JOSEPH F. SMITH to President John Taylor and Council of the Twelve.
http://www.lettervii.com/p/trip-to-fayette-references.html