3 Nephi and the New Madrid earthquakes

From time to time, I still hear about M2Cers who claim the Book of Mormon describes volcanoes. A basic premise of M2C is that volcanoes mean the events had to take place in Mesoamerica and could not have taken place in the Midwestern U.S. where there are no volcanoes.
While I'm happy for people to believe whatever they want, I encourage people to make informed decisions.
The first obvious problem with that argument is the text never mentions volcanoes. The M2Cers "see" volcanoes in the text because they have their own translation that lets them redefine terms to fit their theories about geography.
Another obvious problem with the M2C argument is their assumption that the destruction described in 3 Nephi could not have happened in the Midwest.
Maybe in Utah people don't know much about the history and geology of the Midwest, but they can learn about it in this video about the New Madrid earthquakes in 1811-12.
https://youtu.be/Kn2KFC8cX-g?t=535
(click to enlarge the screen captures below) 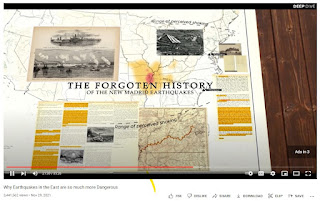 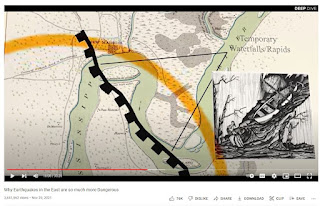 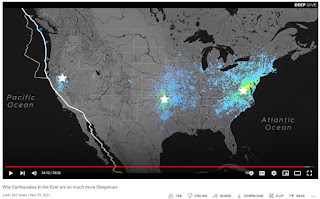