I've been traveling for a week. More on that soon. But today I had to comment on Willard Bean.

A movie about his mission to Palmyra is being released today (July 24, 2019). I can't see it because it's not playing anywhere near Palmyra, ironically, but I encourage people to see it because so few people know his story. 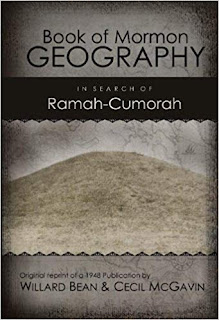 Even fewer know about a book he wrote titled Book of Mormon Geography: In search of Ramah-Cumorah. Everyone interested in Willard Bean should read this book, which is available on Amazon here, as well as in various bookstores, including Latter-day Harvest in Palmyra itself.

The Preface alone is fascinating.

"In recent years there has been a tendency among certain students of the Book of Mormon to orientate Book of Mormon cultures far to the south.... These students think it unlikely that the Jaredites or Nephites were in North America, and that they surely did not push northward as far as New York State... Most students who accept this theory do not consider the Hill Cumorah in western New York as the hill where the gold plates were originally deposited, nor the area immediately south of the Great Lakes as the site of the Jaredite and Nephite battlefields. This theory leads to the assumption that... The hill where they [the plates] were finally concealed was named Cumorah in honor of the original hill far to the south where they were first deposited....
The following pages are a plea in defense of the old theory--the interpretation of Joseph Smith, Oliver Cowdery, Orson Pratt, and a countless number of the Authorities of the Church..."

It's amazing how long this debate over M2C vs. the New York Cumorah has been going on.

I realize that our modern LDS intellectuals think Willard Bean was wrong. They think all the leaders of the Church who have taught the New York Cumorah were wrong.

But I agree with Willard that the prophets were right.

Earlier this year, an anonymous Gospel Topics essay stated that as of now, the Church's position on Cumorah has changed; the Church no longer takes any position on any Book of Mormon settings. But, as we've seen, those anonymous essays are subject to change at any moment without notice.

Besides, every member of the Church--everyone who accepts the Book of Mormon whether or not they are LDS--should at least be informed about why every member of the Quorum of the Twelve and First Presidency who has ever addressed the question of Cumorah has reaffirmed the New York setting. Willard Bean's book is a good place to start.
_____ 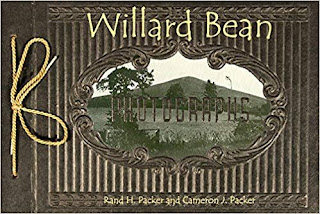 There's another fun book on the topic. It's a book of photos from Willard Bean that I believe is out of print but can still be purchased from Latter-day Harvest and other sites.

I have a copy and I enjoy seeing these old photos and explanations, especially those involving the dedication of the Angel Moroni statue.