Cumorah: A Decision Tree for Book of Mormon Geography

People often ask for a summary of Book of Mormon geography issues. This post includes a decision tree to help people make their own decisions.
My premise: Everyone who reads the Book of Mormon wonders where it took place. 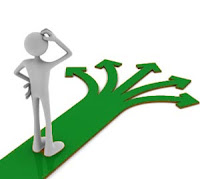 Moroni knew how important location was.
During his first visit to Joseph Smith, Moroni "gave a history of the aborigines of this country, and said they were literal descendants of Abraham... He said this history was written and deposited not far from that place," meaning Joseph's home near Palmyra, New York.
Today, people take three basic approaches to the geography question:
1. Some people don't care about the geography;
2. Some people think it's important to know the geography and culture to understand the text (as we do with the Bible); and
3. Some people won't believe or even read the book unless they have a plausible reason, supported by evidence, to first believe it's an authentic history that took place in a real-world location.
Judging by the outcome of over 180 years of publishing the Book of Mormon to the world--over 150 million physical copies, plus millions of electronic versions--by far most people in the world fit into category #3.
Aware of this, the early missionaries cited evidence. When confronted with the anti-Mormon claim that the Book of Mormon was fiction, Joseph and Oliver Cowdery wrote and published Letter VII, stating it was a fact that Cumorah was a real place. It was the very hill in New York where Joseph obtained the plates, where Mormon deposited the Nephite records, and where the Jaredites and Nephites had their final battles.
All the Church publications re-printed Letter VII to reaffirm the message that Cumorah was in New York.
_____
The Church has no official position on the setting. It is up to each member, individually, to decide, based on the scriptures, the teachings of the prophets, and the available evidence. No one is obligated to believe what someone else believes or teaches, regardless of how much education a particular proponent has.
The question really boils down to this:
Do you think the Hill Cumorah is in New York or somewhere else?
The historical record is clear: Oliver Cowdery, Joseph Smith, and all of their contemporaries believed and taught that the Hill Cumorah was in New York. In addition, all of the prophets and apostles who have spoken on this issue agreed, including members of the First Presidency speaking in General Conference as recently as the 1970s. No prophet or apostle has said Cumorah was anywhere else.
Those who believe the Hill Cumorah (Mormon 6:6) is in New York think the rest of the geography flows from that point in the map.
Those who believe the Hill Cumorah (Mormon 6:6) is somewhere else think (i) the New York "Cumorah" is a false tradition and (ii) the location of Cumorah can only be determined by reference to the location of other Book of Mormon settings (Mesoamerica, Baja, Panama, Chile, etc.) The most widely accepted non-New York Cumorah is somewhere in Southern Mexico. This is the Mesoamerican theory promoted by intellectuals affiliated with BYU, CES, etc. It is the theory displayed in most Church artwork, media, visitors centers, etc., although there are some depictions of the New York Cumorah, such as Arnold Friberg's painting.
______________
To decide whether you agree with Central America or North America, you can check the box next to the proposition and then compare your responses to those of the Central and North American proponents. 1-17 are statements of historical fact; 18-20 are conclusions.

If you agree with 1-20 (or disagree with some of 1-17 but agree with 18-20), then you reject the New York Cumorah and either (i) accept a Mesoamerican setting (or another non-New York Cumorah setting) or (ii) don't believe the Book of Mormon is a literal history.
If you agree with 1-17 but disagree with 18-20, then you accept the New York Cumorah and therefore probably reject the settings outside North America.
Now you know where you stand, at least with respect to the New York Cumorah, and you can proceed accordingly.
_____
[I posted a more detailed comparison table in August, 2016, here. This one includes areas in which the two sides agree to disagree. So far as I know, it remains the most detailed and complete statement of the respective positions of those who advocate a Central American (Mesoamerican) setting and a North American (Heartland/Moroni’s America) setting.]
Posted by jonathan3d at 9:24 AM