Because so many new people are reading the blog, this week we're republishing some of the more notable posts from 2017.
___

BYU/CES teachers are talented, well-prepared, and eager to build faith. Because of that, people wonder why the Mesoamerican/two-Cumorahs theory is so widely believed and taught at BYU campuses and in CES.
Wait, you say. They aren't teaching that.
Okay, for the last couple of years, it has not been taught, per se. Following decades of promoting the Mesoamerican/two-Cumorahs theory, BYU/CES teachers have been asked not to promote any specific geography. Instead, they are promoting a fantasy map, based on the Mesoamerican interpretation of the text. I think this is even worse than the Mesoamerican map because it teaches not only that Cumorah is not in New York, but that it is nowhere in the real world.
But if you ask the teachers for their actual belief, they'll tell you they believe in the Mesoamerican/two-Cumorahs theory because that's what they were taught, that's what they think all the intellectuals believe, and that is the "safe" opinion in academic circles. If you want to do firesides in Church buildings, you can discuss Mesoamerica but not the New York Cumorah. If you want to publish in LDS journals, you have to support the Mesoamerican/two-Cumorahs theory.
Plus, that is the theory taught in the Visitors centers, in art and media throughout the Church, and even in the artwork in the missionary editions of the Book of Mormon itself.
So why does it remain so prevalent?
It's a combination of ignorance and the social-validation feedback loop. We think education will fix the former and lead to changes in the latter.
1. Ignorance. Despite their knowledge of Church history and the Book of Mormon, few BYU/CES teachers know about Letter VII. They have never been taught about it themselves, but some may have discovered it on their own. In such cases, they are taught by BYU/CES to consider it an irrelevant and false statement by Oliver Cowdery and Joseph Smith, a historical artifact that should never be mentioned and certainly not taught at BYU/CES. 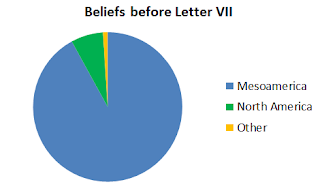 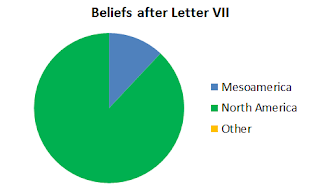 Or, maybe members of the Church will express their dismay and disgust at what the intellectuals have been doing and share their belief in and support of Joseph Smith and Oliver Cowdery.
Posted by jonathan3d at 8:30 AM