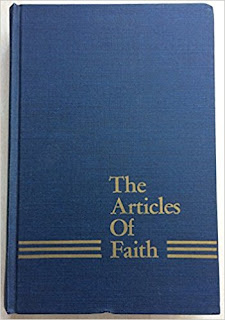 One of the favorite rhetorical tactics used by the promoters of the Mesoamerican/two-Cumorahs theory is to pretend everything about Book of Mormon geography is speculative.

This enables them to assert what they consider to be their academic superiority as greater authority than what the prophets and apostles have clearly taught from the beginning of the restoration.

It doesn't matter that President Cowdery and President Smith were called and ordained as prophets and apostles; these men were, according to the intellectuals, merely farmers speculating about an obscure hill in New York.

It doesn't matter that President Cowdery and President Smith had actually visited Mormon's depository in the Hill Cumorah in New York; no, these men were, according to the intellectuals, merely farmers speculating about an obscure hill in New York.

It doesn't matter that in these letters, President Cowdery and President Smith specifically distinguished between fact and speculation; no, these men were, according to the intellectuals, merely farmers speculating about an obscure hill in New York.

Okay, you already know this.

What you may not realize is how carefully other prophets and apostles have also distinguished between the certainty about Cumorah and the speculation about the rest of the geography.

This is the point that our LDS intellectuals keep trying to obscure.

They want you to believe that because the prophets and apostles have noted that there is uncertainty about the location of Lehi's landing, the land southward, Zarahemla, the River Sidon, etc., that means there is also uncertainty about where Cumorah is.

That is not, and has never been, the case. This alleged "uncertainty" about Cumorah is purely an invention of latter-day scribes and Pharisees who have determined, based on their own wisdom, education, and bias confirmation, that all of the prophets and apostles were wrong.


Today's example is from Elder James E. Talmage's Articles of Faith. This book was included in the "Missionary Reference Library" for many years.

It is not included in the current "Missionary Reference Library" presumably because the current generation doesn't read as much.

Or maybe it was removed because Articles of Faith, like A Marvelous Work and a Wonder which also used to be in the Missionary Reference Library, both affirm Letter VII by teaching, unambiguously, that Cumorah is in the New York, which contradicts the intellectuals' Mesoamerican/two-Cumorahs theory.

Here's the passage from Articles of Faith that describes the people and places of the Book of Mormon. The entire passage is taken directly from the book as it is found in Gospelink. The parts in red are declarative, unambiguous statements about geography. The parts in blue are speculative. This same distinction is found throughout the teachings of the prophets and apostles, including the 1879 footnotes in the official editions of the Book of Mormon itself.

Elder Talmage and others mark the distinction with phrases such as "it appears," "it is believed," "it is traditionally believed," "probably," etc. None of these qualifiers have been used by the prophets and apostles with respect to the Hill Cumorah in New York, however.
_____

The Nephite Nation was the later, and in point of the fulness of the records, the more important. The progenitors of this people were led from Jerusalem in the year 600 B.C., by Lehi, a Jewish prophet of the tribe of Manasseh. His immediate family, at the time of their departure from Jerusalem, comprised his wife Sariah, and their sons Laman, Lemuel, Sam, and Nephi; at a later stage of the history daughters are mentioned, but whether any of these were born before the family exodus we are not told. Beside his own household, the colony of Lehi included Zoram and Ishmael, the latter an Israelite of the tribe of Ephraim. 4 Ishmael, with his family, joined Lehi's company in the wilderness, and his descendants were numbered with the nation of whom we are speaking. It appears that the company journeyed somewhat east of south, keeping near the borders of the Red Sea; then, changing their course to the eastward, crossed the peninsula of Arabia; and there, on the shores of the Arabian Sea, built and provisioned a vessel in which they committed themselves to divine care upon the waters. It is believed that their voyage must have carried them eastward across the Indian Ocean, then over the Pacific to the western coast of America, whereon they landed about 590 B.C. The landing place is not described in the book itself with such detail as to warrant definite conclusions.

The people established themselves on what to them was the land of promise; many children were born, and in the course of a few generations a numerous posterity held possession of the land. After the death of Lehi a division occurred, some of the people accepting as their leader, Nephi, who had been duly appointed to the prophetic office; while the rest proclaimed Laman, the eldest of Lehi's sons, as their chief. Thenceforth the divided people were known as Nephites and Lamanites respectively. At times they observed toward each other a semblance of friendly relations; but generally they were opposed, the Lamanites manifesting implacable hatred and hostility toward their Nephite kindred. The Nephites advanced in the arts of civilization, built large cities, and established prosperous commonwealths; yet they often fell into transgression, and the Lord chastened them by permitting their hereditary enemies to be victorious. It is traditionally believed that they spread northward, occupying a considerable area in Central America, and then expanded eastward and northward over part of what is now the United States of America. The Lamanites, while increasing in numbers, fell under the curse of divine displeasure; they became dark in skin and benighted in spirit, forgot the God of their fathers, lived a wild nomadic life, and degenerated into the fallen state in which the American Indians—their lineal descendants—were found by those who rediscovered the western continent in later times.

The final struggles between Nephites and Lamanites were waged in the vicinity of the Hill Cumorah, in what is now the State of New York, resulting in the destruction of the Nephites as a nation, about 400 A.D. The last Nephite representative was Moroni, who, wandering for safety from place to place, daily expecting death from the victorious Lamanites, wrote the concluding parts of the Book of Mormon, and hid the record in Cumorah. It was this same Moroni who, as a resurrected being, gave the records into the hands of Joseph Smith in the present dispensation.

The Jaredite Nation—Of the two nations whose histories constitute the Book of Mormon, the first in order of time consisted of the people of Jared, who followed their leader from the Tower of Babel at the time of the confusion of tongues. Their history was written on twenty-four plates of gold by Ether, the last of their prophets, who, foreseeing the destruction of his people because of their wickedness, hid away the historic plates. They were afterward found, about B.C. 122, by an expedition sent out by King Limhi, a Nephite ruler. The record engraved on these plates was subsequently abridged by Moroni, and the condensed account was attached by him to the Book of Mormon record; it appears in the modern translation under the name of the Book of Ether.

The first and chief prophet of the Jaredites is not specified by name in the record as we have it; he is known only as the brother of Jared. Of his people we learn that, amidst the confusion of Babel, Jared and his brother importuned the Lord that they and their associates be spared from the impending disruption. Their prayer was heard, and the Lord led them with a considerable company, who, like themselves, were free from the taint of idolatry, away from their homes, promising to conduct them to a land choice above all other lands. Their course of travel is not given with exactness; we learn only that they reached the ocean and there constructed eight vessels, called barges, in which they set out upon the waters. These vessels were small and dark within; but the Lord made certain stones luminous, and these gave light to the imprisoned voyagers. After a passage of three hundred and forty-four days, the colony landed on the American shores.

Here they became a flourishing nation; but, giving way in time to internal dissensions, they divided into factions, which warred with one another until the people were totally destroyed. This destruction, which occurred near the Hill Ramah, afterward known among the Nephites as Cumorah, probably took place at about the time of Lehi's landing, near 590 B.C. The last representative of the ill-fated race was Coriantumr, the king, concerning whom Ether had prophesied that he should survive all his subjects and live to see another people in possession of the land. This prediction was fulfilled in that the king, whose people had been exterminated, came, in the course of his solitary wanderings, to a region occupied by the people of Mulek, who are to be mentioned here as the third ancient colony of emigrants from the eastern continent.

Mulek was the son of Zedekiah, king of Judah, an infant at the time of his brothers' violent deaths and his father's cruel torture at the hands of the king of Babylon. 5 Eleven years after Lehi's departure from Jerusalem, another colony was led from the city, amongst whom was Mulek. The colony took his name, probably on account of his recognized rights of leadership by virtue of lineage. The Book of Mormon record concerning Mulek and his people is scant; we learn, however, that the colony was brought across the waters to a landing, probably on the northern part of the American continent. The descendants of this colony were discovered by the Nephites under Mosiah; they had grown numerous, but, having had no scriptures for their guidance had fallen into a condition of spiritual darkness. They joined the Nephites and their history is merged into that of the greater nation. 6 The Nephites gave to a part of North America the name Land of Mulek.
_____

Note: there are several editions of Articles of Faith, some having different language. The language quoted above is from Talmage's "The Book of Mormon," two lectures that were incorporated into Articles of Faith. The lectures were "prepared by appointment and published by the Church of Jesus Christ of Latter-day Saints." One online version is available here:

As far as I can tell, these original lectures were prepared by Elder Talmage, while an editor adapted the published lectures to include in the book, Articles of Faith. The editor apparently omitted Talmage's careful equivocation regarding everything involving geography in the New World other than the New York Cumorah.
Posted by jonathan3d at 10:01 AM