The land of peace 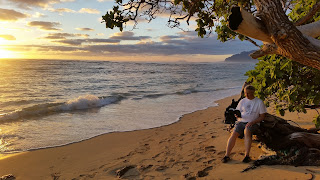 Upon hearing this, Corrill went to Kirtland and sought an argument with Oliver Cowdery, who refused. Instead he visited Sidney Rigdon, who "observed that he was now beyond the land of contention, and had got into the land of peace."

That's how I feel about the question of Book of Mormon geography. I hope everyone reading this blog has moved beyond the land of contention, into the land of peace.

There's really nothing to contend about.

It's just a choice.

People either accept Letter VII or they don't.

If they reject Letter VII, it doesn't matter what else they believe about the geography issue.*

When I started this blog two years ago, I knew about the room in the hill Cumorah. There were a lot of other details to sort through, however, including the Times and Seasons articles and the many articles written by the LDS publications I've discussed here. I've tried to explain why I accept what Oliver and the others said and wrote about Cumorah, while also assessing the arguments and evidence presented by those who want people to reject what these early Brethren said and wrote.

I still hope that someday, the LDS publications I've discussed here will allow members of the Church to read about Letter VII and make an informed choice whether to accept or reject it. So far, only Book of Mormon Central has even made it available to its readers. Kudos to them.

In the meantime, I hope everyone reading this blog has read Letter VII and has told others about it.

It's pretty nice here in the land of peace.

NOTE: The story of John Corrill can be found in the Joseph Smith papers here. Among other things, Corrill noted that the 1830 missionaries, a group that included Oliver Cowdery and Parley P. Pratt, "had with them a new revelation, which they said had been translated from certain golden plates that had been deposited in a hill, (anciently called Cumorah,) in the township of Manchester, Ontario County, New York."

This is another example of how, as early as 1830, the missionaries were telling people the hill in New York was "anciently called Cumorah." The name was not a "late recollection" or a "tradition" started by unknown people.

* At the risk of being labeled contentious, I'll summarize some of the information I've gleaned since I started this blog. This list is not comprehensive. Based on published material, I conclude that people who reject Letter VII rationalize the evidence away. They claim that Joseph didn't know where the Book of Mormon events took place and merely speculated when he did write about it. They claim that Oliver "speculated" about Cumorah (that's a euphemism, really, because Oliver claimed it was a fact, which, if it wasn't true, means he lied). They claim that "if" Oliver was telling the truth about the room in the Hill Cumorah, he was relating a vision (and they ignore Brigham's statement that others also spoke about the room). They claim that David Whitmer conflated his memory about the messenger referring to Cumorah with a vague tradition about the name that was supposedly started by unknown persons at an unknown time. I'm not sure how they handle this, but I infer they also think David and Oliver made up the idea that the records had been moved from Cumorah, but was not far from that place (in New York).

In my view, rejecting Letter VII fulfills the words of Joseph Fielding Smith on this topic. How could people not be disturbed and confused when they are told by LDS scholars and teachers and professors that they should believe some of what Oliver said, but not all of it?
Posted by jonathan3d at 10:12 AM