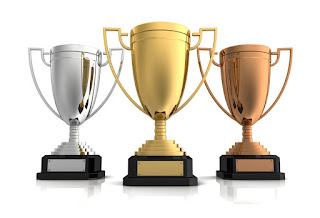 Each year we will commemorate the great success that Benjamin Winchester had in injuring the Church as Joseph Smith prophesied.

The award recognizes individuals or groups who have contributed to Winchester's success.

Because this is the first year of the award, and because there are so many deserving nominees, we decided to recognize three World Cup winners this year: bronze, silver and gold.
_____ 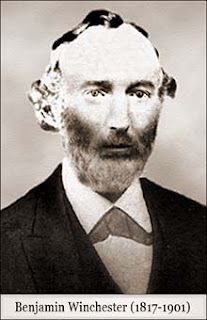 Benjamin Winchester was a prolific early Mormon author and a zealous missionary for many years. He was a close friend of Joseph Smith's. He went on Zion's Camp when he was only 16 years old, along with his father. He was present when the original Quorum of the Twelve were called and ordained. He went on missions and vigorously defended the Church. He started his own newspaper in Philadelphia, the Gospel Reflector, and he moved to Nauvoo in 1841 to work at the Times and Seasons.

However, he resisted authority. He eventually turned against the Church.

A month before he died at Carthage, Joseph Smith said that Winchester had a rotten heart and would "injure the Church as much as he could."

Few members of the Church today have ever heard of Benjamin Winchester. Even fewer know of Joseph's prophecy about him.

Because that's the case, how could Joseph's prophecy be fulfilled?
_____

My research into Church history led me to conclude that Joseph's prophecy about Winchester was fulfilled by the development of the Mesoamerican/two-Cumorahs theory (M2C).

I think Benjamin Winchester wrote certain anonymous articles that were published in the Times and Seasons in 1842 that the Book of Mormon took place in Central America and that Zarahemla was in Guatemala. Because Joseph Smith was the nominal editor of the newspaper, people have attributed these anonymous articles to him. But in reality he had nothing to do with these articles. Joseph never once changed his mind about Book of Mormon geography, he never deviated from the New York Cumorah, and he never once linked the Book of Mormon to Central (or South) America.

Nevertheless, relying on Winchester's anonymous articles, RLDS scholars developed the limited Mesoamerican geography. Over the objection of Joseph Fielding Smith, LDS scholars picked up the theory and developed M2C. By now, these M2C intellectuals in the Church have managed to repudiate the teachings of the prophets about the New York Cumorah and have instead arranged to have Winchester's M2C dogma infiltrate the Church.
_____

There were plenty of deserving nominees for the 2017 award. After careful review of the accomplishments of the various nominees, we have narrowed the field to the top three contenders.

This year's Bronze Trophy for the Benjamin Winchester award goes to Book of Mormon Central.

Book of Mormon Central is doing more to confuse Church members and investigators than we ever thought possible. They are actively teaching people to disbelieve the prophets, solely because of their fixation on, or obsession with, M2C.

They publish a series of commentaries they call "Kno-Wise." Many of them are excellent.

However, many are infected with Mesomania as they attempt to establish M2C throughout the Church. These I call "no-wise."

A fine example is how they tried to find "correspondences" between Mayans and the Lamanites who wore a lamb skin about their loins, stained with blood. What BOMC won't tell people is that the Indian chief with whom Joseph Smith met in August 1841 was himself wearing a red loincloth!

Joseph Smith "instructed them in many things which the Lord had revealed unto me concerning their Fathers, and the promises that were made concerning them in the Book of Mormon."

Good luck to BOMC showing that the Mayan were the Fathers of the Sac and Fox tribes.

I discussed this here:
http://www.bookofmormoncentralamerica.com/2018/03/no-wise-191-robbers-and-lamb-skin.html
_____

Accepting the teachings of Joseph Smith is apparently too difficult for M2C scholars. That's why they are teaching everyone to disbelieve the prophets.

Because of Benjamin Winchester's anonymous articles in the 1842 Times and Seasons, which is the entire and sole foundation for M2C.

Many readers probably expected Book of Mormon Central to win the gold for 2017. Based on their activities in 2018 so far, they are on a course to win the gold for 2018. But the 2017 award, being the first year of the Benjamin Winchester award, recognizes a body of work in addition to the nominee's activity during 2017.

Some might think we should have attributed the long, faithful work of FARMS and BMAF to Book of Mormon Central. There's no doubt that FARMS and BMAF have made major contributions to the success Benjamin Winchester has had in persuading members of the Church to repudiate the prophets. But we are recognizing the nominees for their own work, not that of their predecessors and affiliates.

On that basis, Book of Mormon Central, as effective as it has been in promoting the Winchester dogma, still has not accomplished as much as the nominees who have won the Silver and Gold.

We will announce those winners in the next few days.
_____

Tip your hats and give a round of applause to
Book of Mormon Central,
the 2017 Winner of the Bronze Trophy of the Benjamin Winchester Award! 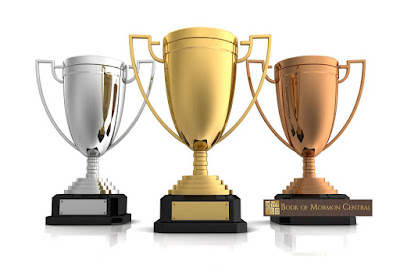