Regarding the Book of Mormon, lots of things are brought to my attention lately. I wish I had time to discuss all of them, but time is short.

This one, though, is an especially stark example of confirmation bias. It's a good demonstration of how and why M2C (Mesoamerican/two-Cumorahs theory) persists among its advocates.

Quick review: Confirmation bias is defined as "the tendency to process information by looking for, or interpreting, information that is consistent with one's existing beliefs." In some cases, it's not merely a tendency but a consistent practice.
_____

In my view, the entire M2C theory is based on confirmation bias. M2C advocates share these biases, through which the M2C intellectuals interpret everything.

1. Joseph Smith and Oliver Cowdery were wrong when they wrote Letter VII, which unambiguously declared it was a fact that the Hill Cumorah is in New York. These two men established a false tradition that misled the Church for decades until BYU intellectuals corrected them.

2. All the subsequent prophets who have affirmed that the Hill Cumorah is in New York have also been wrong, including members of the First Presidency speaking in General Conference.

3. Joseph Smith and Oliver Cowdery knew nothing about Book of Mormon geography/historicity. They relied on intellectuals to address the question. Therefore, BYU/CES students should believe the intellectuals, not the prophets.

4. Anonymous articles in the 1842 Times and Seasons established the truth about Book of Mormon geography, relying on a travel book about Central America.

5. There are abundant "parallels" or "correspondences" between Mayan culture and the Book of Mormon, verifying the M2C theory.

When you look at these five biases, you wonder, why would anyone choose these biases instead of the simple bias that the prophets have taught the truth about the New York Cumorah? The evidence to support the M2C biases must be overwhelming to justify repudiating the prophets, right?

As we'll see, the reality is the opposite. The "evidence" used to confirm the M2C bias is purely illusory.
_____

Today's example involves the phrase "Trample Under Feet." You can see the explanation here: http://bookofmormonresources.blogspot.com/2018/02/trample-under-feet.html.

The gist of the argument is this: "The Book of Mormon uses a variant of the expression "trample under feet" 11 times. It must have been a relatively common term among the Nephites and their contemporaries. In contrast, the Old and New Testaments each use the phrase only once." 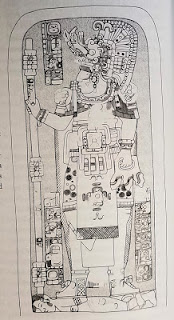 The article lists "the relevant passages" and then shares various Mayan depictions of victors trampling war captives, such as this one.

The article continues: "Now things get really interesting. 3 of the Book of Mormon passages listed above describe men trampling God under their feet. Maya iconography shows a young man trampling a god."

If you share the M2C bias, this Mayan artwork will effectively confirm your bias, for sure.

But if you don't share the M2C bias, you realize this is just another example of ubiquitous human activity that is found throughout human culture throughout time.

Plus, there's the Internet.

To compare these Mayan images to the Book of Mormon is another example of the basic M2C logic:

Let's break this M2C argument down.

First, let's look at the scriptures.

It's true that the Bible contains the two passages listed in this article:

Psalms 91:13 Thou shalt tread upon the lion and adder: the young lion and the dragon shalt thou trample under feet. This psalm is generally understood to refer to the future Messiah.

Matthew 7:6 Give not that which is holy unto the dogs, neither cast ye your pearls before swine, lest they trample them under their feet, and turn again and rend you.

Here's how the article misleads readers. First, it claims these are the only two "relevant" passages from the Bible. Of course, the Matthew verse is from the Sermon on the Mount, one of the most widely known and quoted sections of the New Testament.

But are these the only "relevant" passages in the Bible?

Only if you're confirming your bias and trying to persuade others to do likewise.

When you look at "trample" in the Topical Guide, you see this note: "See also Tread" The terms are synonyms, used interchangeably in both the Bible and the Book of Mormon. (Other translations of the Bible also use the terms interchangeably, as in this example of Hebrews 10:29, here.)

Click on the Topical Guide link and go all the Biblical uses of the term tread. Now you see verses such as these:

In Isaiah 63:3, the two terms are used in the same verse:

I have trodden the winepress alone; and of the people there was none with me: for I will tread them in mine anger, and trample them in my fury; and their blood shall be sprinkled upon my garments, and I will stain all my raiment.

The concept of trodding, treading or trampling under foot is found throughout the Bible, from Deuteronomy through Revelation. It should be no surprise to find it throughout the Book of Mormon as well. You have to have pretty strong confirmation bias to delude yourself into thinking this concept is Mayan in origin.
_____

What about the Mayan artwork?

The symbol of treading or trampling on one's enemies is common throughout human history and culture. It's an iconic symbol of victory in war. It is also used metaphorically to address human relationships. Even Led Zeppelin has a song titled "Trampled Under Foot."

Below are a few images that show how widespread the idea is. The comparison of the Mayan artwork to the Book of Mormon is a completely illusory "correspondence." If the Mayans did not depict standing on conquered enemies, that would be an anomaly.

You will find this type of illusory correspondence throughout the M2C literature. I think it's tragic that this type of  illusory "evidence" is used by BYU/CES teachers to persuade LDS students that the prophets and apostles are wrong, but they continue to teach M2C anyway.
_____

Below are several images of "trampling under foot" that "correspond" to the Book of Mormon. I'm not labeling all of these paintings because they are iconic, but you can find them on google if you want.

By the logic of M2C confirmation bias, artwork of "trampling under foot" could be used to prove the Book of Mormon took place during the French revolution, during the Norman invasion of England, during the Roman gladiator period, and even in modern business settings.

As an alternative to M2C confirmation bias, we could instead believe the prophets and interpret the Book of Mormon as a Hebrew text using Hebrew terminology and concepts, set in a location such that the final battles of the Jaredites and Nephites took place in western New York.

The Book of Mormon has nothing to do with Mayan civilization.

FYI: my bias is to believe the prophets, not illusory correspondences.
_____

Trampling under foot - the human condition - a brief survey 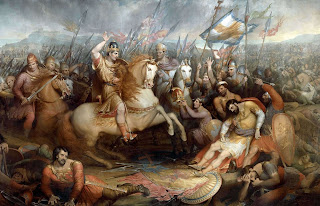 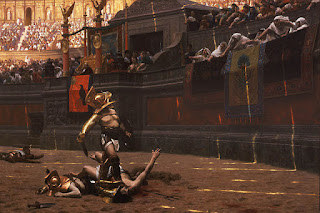 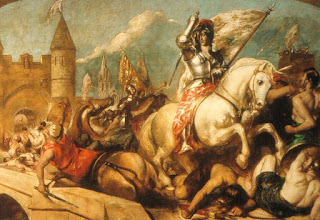 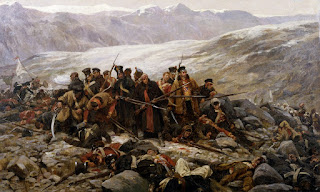 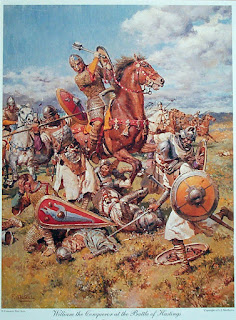 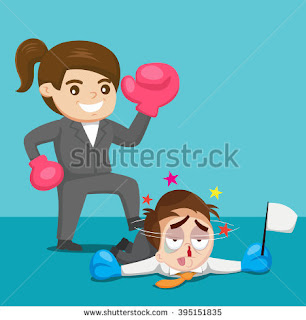 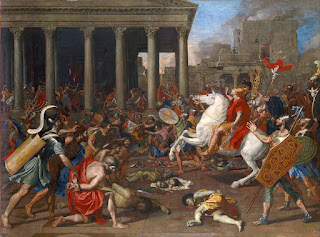