M2C Technique 5. Dressing the new idea (M2C) in old habits to make it easier to accept.

Technique 5. Dressing the new idea (M2C) in old habits to make it easier to accept. 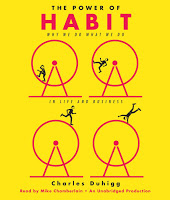 It is well known in the corporate world that people avoid new products unless there is something familiar about them. The book The Power of Habit explains how companies dress new ideas in old habits to make them easier to accept.

M2C intellectuals have been working hard for decades to make M2C a habit. By now, it has become a well-established habit. But bad habits can still be overcome with enough effort.

For the Millennials, M2C is not a problem. It is what they have grown up with in Seminary, Institute, BYU, the MTC, and all the M2C inspired artwork, media, displays, etc.

President Cannon's comments point out the problem with teaching M2C to the youth, but also explain why, with older generations, M2C intellectuals face a bigger challenge. Some of "seasoned" members of the Church still remember the New York Cumorah being taught in General Conference in the 1970s. Some people in their 30s or 40s may have read Articles of Faith and/or A Marvelous Work and a Wonder. Some of them might even read the Joseph Smith Papers and discover Letter VII on their own (although the editors of the JSP certainly don't bring it to anyone's attention).

So how does M2C prevail over the memory of these older generations?

The M2C intellectuals know well the proverb that "science advances one funeral at a time," and they count on the older generation who believed the prophets dying off before they influence the youth.

However, to a large degree, M2C promoters don't care what older members of the Church remember. The M2C intellectuals are experts at educational technology. They have been targeting the youth of the Church for decades. By now, M2C is firmly imprinted on the minds of the Millennials and younger generations, as we saw in previous posts.
_____

We've seen how the Missionary Department is helping to promulgate M2C at the MTC. M2C is found in Preach My Gospel as well.

The Church History department is doing its part to promote M2C by including it in the notes in the Joseph Smith Papers and by presenting it in the visitors centers and museums. The Church History department lately claims it has been open and transparent about Church history, but there's a big exception: Letter VII, which is now probably the biggest secret in Church history. I'll have more to say about that soon.

All that said, M2C has been sophisticated enough to spread M2C even among "seasoned" members of the Church by dressing it in old, familiar habits.

Perhaps the most familiar "habit" is reading Church magazines, the Deseret News, and publications from BYU and Deseret Book. M2C has effectively co-opted all of these.

I've previously shown how M2C appeared in the Ensign.
http://bookofmormonwars.blogspot.com/2018/02/cumorah-8b-m2c-in-ensign.html

The Deseret News has published plenty of M2C articles over the years, but they've never allowed an article defending the prophets' teachings on the New York Cumorah to be published. Here's an example: https://www.deseretnews.com/article/705386883/Cumorah-claims-cant-sustain-Great-Lakes-model.html. By now, readers can spot the logical fallacies throughout that article. And notice the complete absence of any discussion of Letter VII.

Brother Ash's biography at FairMormon describes him as "a veteran staff member of the FAIR, former weekly columnist for the Mormon Times, and current columnist for Meridian Magazine. He has presented at six of the past fourteen FAIR Conferences and has written more than 200 articles defending the faith. He has been published in the FARMS Review, Sunstone, Dialogue, and the Ensign, and appears in the FAIR DVDs on the Book of Abraham as well as one addressing DNA and the Book of Mormon."

IOW, Brother Ash is a certified member of the M2C citation cartel. When it comes to M2C, reading the Deseret News is like reading Pravda about Putin.

We've seen how BYU Studies, the self-proclaimed "premier Mormon academic journal since 1959," is essentially an M2C advocacy journal. The Editor-in-Chief, Brother John W. Welch, founded FARMS and is the co-founder and Chairman of Book of Mormon Central. Regarding Cumorah, there are no greater opponents to the prophets than FARMS, Book of Mormon Central and BYU Studies.

They bolstered the credibility and acceptance of that book by having Terryl Givens write the Foreword, including this praise: "John Sorenson has again upped the ante with what will immediately serve as the high-water mark of scholarship on the Book of Mormon."

To its credit, Deseret Book as a retailer offers a variety of books that represent multiple perspectives. They even distribute Letter VII. But as a publisher, Deseret Book (and its subsidiary Covenant Books) will only publish books about the Book of Mormon if they support M2C. 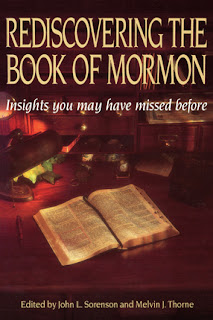 M2C intellectuals have also cleverly mixed M2C with other, legitimate scholarship about the Book of Mormon. A good example is the 1991 book titled Rediscovering the Book of Mormon: Insights you may have missed before. It was published by Deseret Book.

Here is the description from the Deseret Book web page.

Did you know battles in the Book of Mormon were fought according to seasons?

Did you know Nephi patterned his record after the exodus?

You'll find new insights into things you may have wondered about in Rediscovering the Book of Mormon, a unique volume for all students of the scriptures. It offers twenty-four essays on such topics as war, repentance, politics, culture, and poetry.

Scholars of the Book of Mormon share fresh insights on these topics that appeal to a broad, general audience of Latter-day Saint adults. John L. Sorenson discusses Seasons of War, Seasons of Peace in the Book of Mormon, Richard Dilworth Rust presents poetry found in the ancient record, and John W. Welch writes about what he calls A Masterpiece: Alma 36.

You will find presentations on Book of Mormon imagery, warfare, Isaiah, the stealing of the Lamanite daughters, and Hebrew backgrounds. Other contributors include Eugene England, Stephen D. Ricks, Alan Goff, Robert L. Millet, and Catherine Thomas.

Most of the material is geography neutral, but the article on war specifically focuses on Mesoamerica.

Back in 1991, M2C was not as widely accepted as it is now. The youth had not yet been groomed to accept M2C. After all, in 1990 the office of the First Presidency sent out a letter, approved by the entire First Presidency, that included this statement:

"The Church has long maintained, as attested to by references in the writings of General Authorities, that the Hill Cumorah in western New York state is the same as referenced in the Book of Mormon."

It has taken several years of careful indoctrination to reach the point where we are today. Now M2C is widely accepted even among "seasoned" members of the Church.

But it is not universally accepted. There are still some members of the Church who believe in the prophets's teachings about the New York Cumorah. 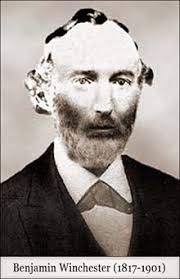 As long time readers know, I think M2C is the fruition of the work of Benjamin Winchester. Joseph Smith said Winchester was rotten at heart and would injure the Church as much as he could. Winchester has succeeded beyond his wildest dreams.

Which is why we will recognize the 2017 recipient of the Benjamin Winchester award next week.