The Keystone and the Fifth Columnists

Next week I'll get back to the series on Cumorah, but first I need to explain the Fifth Column problem a little more.

Let's do a thought experiment.

Think of the Church as a fortified place of resort. (I'm using Mont St. Michel just because I like visiting there and it's unique the way it uses the ocean as a defense.)

You are inside the barricades, protected from assaults from outside. You take your turn at the walls, keeping the attackers outside. The fortifications are sound. Your people are united. You will prevail against outside attacks, but you've been warned about attacks from within.

That's one part of the thought experiment. Keep it in mind as we consider the second part.
_____

How would the adversary most effectively impede the progress of the Church?

Some might find that question uncomfortable or even irrelevant because they think the Church is doing so well, the progress is unimpeded, etc. If you're among those who think all is well in Zion, fine. You might as well stop reading right now.

The rest of us can look at the statistics and see how missionary and activation work is declining except where people don't have access to the Internet. Plus, we can compare the British Mission, which in one year generated 5,000 converts with only 3,000 copies of the Book of Mormon (in the face of very strong opposition) to the current situation, in which there are over 150 million copies of the Book of Mormon in print, plus digital copies, but there are only around 300,000 converts a year.

There should be 200 million or more Mormons in the world.

Statistically, by comparison with the British mission, progress is definitely being impeded.

I think it all boils down to the Book of Mormon, as it always has.

President Ezra Taft Benson explained the central role of the Book of Mormon:

The enemies of the Church understand this clearly. This is why they go to such great lengths to try to disprove the Book of Mormon, for if it can be discredited, the Prophet Joseph Smith goes with it. So does our claim to priesthood keys, and revelation, and the restored Church. But in like manner, if the Book of Mormon be true—and millions have now testified that they have the witness of the Spirit that it is indeed true—then one must accept the claims of the Restoration and all that accompanies it.

There are plenty of people attacking the truthfulness of the Book of Mormon from the outside.

The fundamental attack is that the Book of Mormon is fiction.

Detractors claim it is not an authentic history of ancient people, so it is not a divinely inspired translation of an ancient record. Instead, they claim, it is a creation from the 19th century. They point to alleged anachronisms and lack of evidence in archaeology, anthropology, DNA, etc.

But those arguments, by themselves, can never prove or disprove the veracity of the text as an authentic translation of an ancient record without an explanation for the origin of the text. That's why critics try to show the text is fictional.

Using the military analogy, we could say there are four columns or lines of military forces employed to attack the Book of Mormon.

These attacks succeed to the extent they confirm the bias of an individual; i.e., someone who doesn't want to accept the divine and historical authenticity of the Book of Mormon can confirm that bias by joining one of these four military columns.

Joseph Smith and Oliver Cowdery faced these four columns of attack from the outset, but especially after Mormonism Unvailed [sic] was published in Ohio in October 1834. They responded by explaining that the best defense was a statement of facts. That's why they wrote the first Gospel Topics essays--the eight letters that were published in the Messenger and Advocate in 1834-5. (Portions of Letter I are included in the Pearl of Great Price today.)

Letter VII specifically addressed the attacks on the historical authenticity of the Book of Mormon. That's why President Cowdery emphasized it was a fact--not a guess or speculation--that the final battles of the Nephites and Jaredites took place in the mile-wide valley west of the Hill Cumorah in New York. That's also why he emphasized that it was inside this same hill that Mormon hid up the Nephite records, as explained in Mormon 6:6.

This factual defense of the Book of Mormon, written by President Cowdery, was endorsed by Joseph Smith multiple times. To make sure all the Saints were fortified, Joseph approved the republication of Letter VII in Church newspapers for the rest of his life. In fact, Letter VII was published in the Church newspaper in New York City, edited by his brother William Smith, just two days after the Martyrdom in Carthage.

Joseph's successors reiterated the New York Cumorah for over 150 years, including in LDS General Conference.

But in recent years, LDS intellectuals have sought to undermine the strong defense that President Cowdery and Joseph Smith set up.

Someone who wants to accept the Book of Mormon as a divine translation of a historical record may rely on a spiritual witness as a defense, and for those who have the gift of "exceedingly strong faith," that suffices. Others have different spiritual gifts (see Moroni 10). They may have the gift of the word of wisdom or knowledge instead of "exceedingly great faith." Such individuals also have defenses against these four columns because there are serious evidentiary problems with each of these attacks.

But other people don't respond to the spiritual witness. Some people weigh the evidence about the literary origins of the Book of Mormon so as to reject Joseph's explanation.

This is why the solution offered by Joseph and Oliver in Letter VII is so important.

The fact that the final battles took place in Western New York grounds the text in the real world in a fashion that a spiritual witness, or an interpretation of the literary evidence, cannot.

Letter VII declares that the events in the Book of Mormon really happened by telling us exactly where some of the most critical events actually did happen.

Every prophet and apostle who has publicly spoken or written about the Hill Cumorah has affirmed Letter VII. None has rejected it.


One way people fortify their faith is by banding together and supporting one another. People may have different reasons for remaining within the fortification, but they can help one another regardless. The outside attackers have no chance when the believers are united.

That's where our M2C Fifth Column enters the picture.
_____

A Fifth Column consists of individuals and/or groups who are within the fortification but are assisting the attackers. They may act intentionally, as happened in the Spanish Civil War, or they may act out of ignorance, negligence, or a mistaken belief that they are helping defend the homeland.

A Fifth Column doesn't have to attack the walls from inside. It can succeed simply by sowing confusion and doubt. 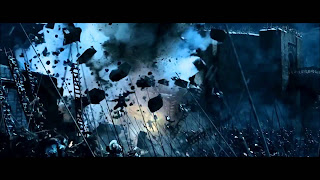 Defenders who are confused or doubtful let down their defenses. They may succumb individually to the exterior assaults. Or, maybe worse, they may leave their posts and give the attackers the advantage, enabling them to breach the walls.

We've all seen movies where a fortress or castle is under siege. Often the attack succeeds because of the mistakes, negligence, or outright treachery of people inside the fortification.
_____

Joseph and Oliver provided us a powerful, fact-based defense of the Book of Mormon when they wrote Letter VII. Joseph recognized the importance of the letter, as I've described. The prophets and apostles who succeeded him also recognized its importance, which is why they republished and reiterated it, including in General Conference.

But in the last few decades, certain LDS scholars have decided that defense was no good.

To respond to the direct teachings of the prophets, they developed a "two-Cumorahs" theory. They said, "Okay, there is a hill in New York named Cumorah, but that's only the place where Joseph Smith got the plates. It wasn't the ancient Nephite Cumorah. It certainly wasn't the Jaredite Ramah. The name Cumorah was mistakenly and naively applied to the New York hill. It was a false tradition that misled the prophets and apostles. Instead, the real Cumorah is in southern Mexico." 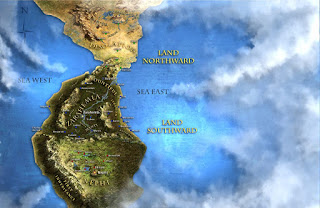 These intellectuals developed maps to teach the youth of the Church that Cumorah was actually in Mesoamerica, or in a fantasy land. They directly contradicted the teachings of the prophets, but they justified that by claiming the prophets were ignorant, that they speculated, and that they were wrong.

They ignored the prophetic warnings and thereby became a Fifth Column.

Then they infiltrated CES and BYU to impose their views on their students.

The outside attacks on the Book of Mormon that claimed the book was fiction have succeeded in persuading most of the world that the Book of Mormon is not a divine translation of an authentic ancient history. But those attacks have been ineffective against the strong spiritual witness shared by those who have the spiritual gift of "exceedingly great faith."

But now that BYU/CES are teaching the youth that the Book of Mormon can best be understood in a fictional setting, and that the prophets and apostles have been wrong all along about the New York Cumorah, the defensive bulwark established by Joseph Smith, President Cowdery, and their successors is all but breached.

The question for us today is, are we going to tear down what is left of the fortification provided by Letter VII and the New York Cumorah?

Or are we going to join the M2C Fifth Column and tear down the fortification completely?