swept off what land?

The Book of Mormon gives us several warnings, such as this one:

But we're told by our M2C scholars that the Book of Mormon took place in an imaginary land: 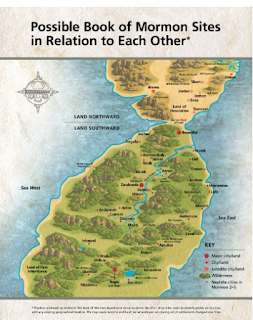 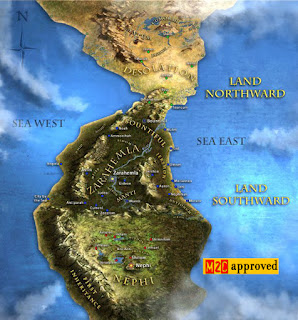 Maybe people aren't repenting because there is no downside to being "swept off" a fantasy map?

For those of us who still believe what Joseph and Oliver taught, as well as what the prophets who reiterated those teachings taught, the warning about being swept off the land remains serious and all too real.

1975 President Marion G. Romney.
In the October 1975 General Conference, President Romney, then First Counselor in the First Presidency, gave a talk titled “America’s Destiny” that included these statements:
In the western part of the state of New York near Palmyra is a prominent hill known as the “hill Cumorah.” (Morm. 6:6.) On July twenty-fifth of this year, as I stood on the crest of that hill admiring with awe the breathtaking panorama which stretched out before me on every hand, my mind reverted to the events which occurred in that vicinity some twenty-five centuries ago—events which brought to an end the great Jaredite nation.
You who are acquainted with the Book of Mormon will recall that during the final campaign of the fratricidal war between the armies led by Shiz and those led by Coriantumr “nearly two millions” of Coriantumr’s people had been slain by the sword; “two millions of mighty men, and also their wives and their children.” (Ether 15:2.)
As the conflict intensified, all the people who had not been slain—men “with their wives and their children” (Ether 15:15)—gathered about that hill Cumorah (see Ether 15:11)....
Thus perished at the foot of Cumorah the remnant of the once mighty Jaredite nation, of whom the Lord had said, “There shall be none greater … upon all the face of the earth.” (Ether 1:43.)
As I contemplated this tragic scene from the crest of Cumorah and viewed the beautiful land of the Restoration as it appears today, I cried in my soul, “How could it have happened?”
...
"The tragic fate of the Jaredite and the Nephite civilizations is proof positive that the Lord meant it when he said that this “is a land of promise; and whatsoever nation shall possess it shall serve God, or they shall be swept off when the fulness of his wrath shall come upon them. And the fulness of his wrath cometh upon them when they are ripened in iniquity.” (Ether 2:9.)"
https://www.churchofjesuschrist.org/study/general-conference/1975/10/americas-destiny?lang=eng
http://www.lettervii.com/p/byu-packet-on-cumorah.html