The futility of an abstract map

This week I did a presentation for a private group of about 60 people. Among other things, I explained the futility of trying to develop an abstract map based on the text of the Book of Mormon. 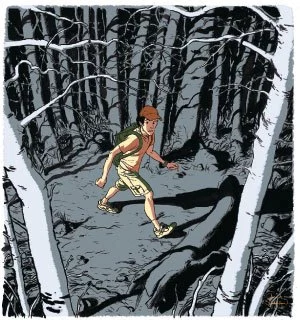 No two people can possibly come up with the same map, simply because the text is too vague.

Think of a group of five Boy Scouts. You give them a set of instructions for a rendezvous point and have them leave about 30 minutes apart. Here are the instructions:

"Journey in the wilderness for the space of many days."

Are they going to end up in the same place? Of course not. So you give them something more specific: "Travel eight days’ journey into the wilderness."

They could go in any direction, and just about any distance.

How about this? "Go three days’ journey on the north of the land of Melek." Even if they knew where Melek was, they won't end up in the same place.

Of course, these are all quotations from the text.

Now, a particular group of people can reach a consensus about an abstract map by reaching agreement on how far someone will travel in a day, and in what direction, but it's at best a guess. Usually it's completely arbitrary and creates at best an illusion of accuracy based on a series of assumptions.

And yet, this pursuit of an illusory abstract map has dominated the discussion among Book of Mormon scholars for decades.
__________________

The only way to develop even a plausible map based on an ancient text is to have at least one identifiable point. There has to be at least one connection between the text and the modern world. (Even with that, there will be some uncertainty. Despite thousands of years of history, there are still differences of opinion regarding the location of Mount Sinai, for example.)

I describe this as a pin in the map. With one known site, we at least have a frame of reference for the rest of the geography.

For the first 100 years of Church history, we had that one pin: the Hill Cumorah in New York. It was unequivocally accepted that the New York hill was the scene of the last battles of the Nephites and Jaredites.

An amazing amount of time and effort has been wasted on abstract maps because so many people have refused to accept the pin of Cumorah in New York. That's all water under the bridge, of course; I just hope we can avoid more wasted time and effort going forward.