New Book - Before the World Finds Out 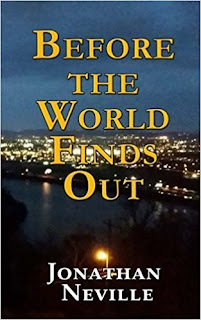 Okay, since a lot of readers want to know about new books, I'll tell you about another new book that I've only sent to beta readers but which will be released later this week at the conference. It's titled Before the World Finds Out. This one is a novel that gives an idea of how the new paradigms of Church history, Book of Mormon geography, and the Universal Model actually affect people.

The pre-release version is $6.99 through today for my beta readers, and now for my blog readers.

Click on the image above or search Amazon for
Later this week it will be under a different ISBN with a price of $14.99.
Posted by jonathan3d at 10:25 AM